This is the last post for this how to.  Hopefully you have already read and completed the following posts:

Now we create another script.  This script may be different depending on whether or not you decided to go with a separate backup server.  I am going to paste this entire script into my post and you just need to read anything past the # for any comments.

Create this script in etc/cron.hourly.  Make sure to take off the .sh and make it executable.

Like I mentioned in the comments of the above script, you will need to run each individual SSHPASS line to build a relationship between each rsync server.

A possibly more simple approach would be to just initiate a remote SSH connection from the backup server.

Each of those lines are pulling files down from the remote server onto a local drive so they can be synced with Google Drive.  If the line has –delete in the script it will clean up and local files that have since been deleted on the remote location.  This keeps files that are past that 5 day old length automatically cleaned up.  Otherwise you will end up syncing every file your server ever puts in its backup directory.

If this script is running properly that is all you need to do.  Backups should be showing up on your Google drive regularly!

**With this current setup files will not be automatically cleaned up from the trash in Google Drive.  I believe this can be fixed, so I am currently working on that.** 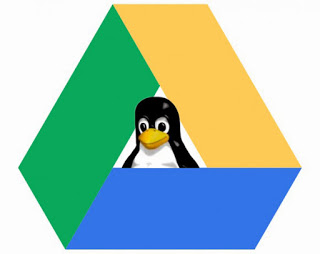 Welcome back! Hopefully you have already read my previous post.  Now that you have local backups automatically running on your Linux server, we need to get those files synced to Google Drive.  I am going to explain the step where I pull all my backup files to a backup server.  If this is unnecessary for your needs, feel free to skip to installing Grive on your Linux Server.

On my dedicated backup VPS I have a script that runs hourly to pull down backups and sync with Google Drive.  This server is nice to have separated from the other web servers in my environment because I want to practice “best practice”.  Right now I just have a friend of mine that I am managing a Linux server for, but I would like to be in a position where I can support others without additional configuration.  When you install Grive you will understand why I did it this way.  If you install Grive on a per server basis, each server will have a copy of all backups.  With one dedicated server, you limit the amount of copies.  This improves security and is just an overall cleaner install.

If you are using Ubuntu 12.04 you will need to run this command:
This step can likely be skipped on newer versions of Ubuntu Server

Once that is installed you will be able to install this reposiltory:

So now you have Grive installed.  We need to create a directory for Grive to work in.

The command you just ran will eventually provide you with a URL to Authenticate with your Google account.  Copy that URL into your Broswer, then allow Grive to access your account.

Grive should begin to sync the files in your Google Drive account.  Now, you understand why you may not want this on your web server.

So now you have Grive installed, authenticated, and syncing with your Google Drive account.  The last step is configuring another script to automate syncs as well as pull them down form your various servers. 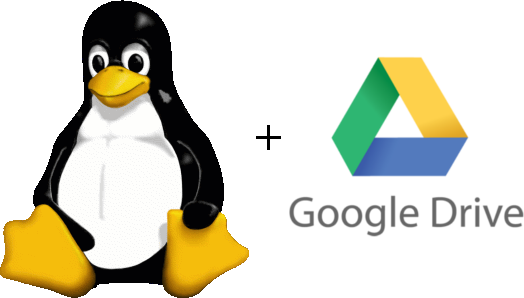 I have a couple of Ubuntu and Centos VPS’s and I needed a solution to backup to a remote location.  I wanted this backup location to be something I could trust, but also inexpensive.  My main concern was keeping this backup separated from my VPS provider (Not that they have not been more than adequate).  There is a saying, and I believe it goes “Don’t put all of your eggs in one basket”.  I believe I first heard that saying with investing.  I try to live by that rule whenever feasible.  So I really had two choices.  Back it up to my home server (and eat up my bandwidth at times) or attempt to back it up to Google Drive.  I went with the ladder.

Google Drive is an optimal choice because it is included with my Business Apps account.  Even a free Gmail account will include 15 GBs of Drive space.  The problem is, Drive has no official support for Linux.  However there is an open source solution.  There always is, that’s why you have a Linux server right?

So, how did I accomplish this?

Well I went about this using some pretty simple tasks.

Having backups of your data is extremely important.  You never know what may happen to your server.  This is peace of mind that you just can’t afford to live without.  I feel confident that I could spin up another VPS and have my sites back up and running before DNS would propagate (My TTL is 1 hour).  Google also automatically keeps files that are deleted for 25 days.  This means that even if I delete a line of code and I don’t realize the bad effect this has on my site, I can still find and restore that line I removed up to a month back.

Okay, so lets get started:

First you need to have a file or directory of files to backup.  So let’s create your local backup files.  I will paste my backup script below and explain it line by line.  At some point I borrowed this script, if I can find the original creator I will link to your site.

Line 1 is commented out, so that’s nothing to worry about.  Just defining that this is indeed a bash script.

Line 3 is just calling out the website name.  This will be used in the script below to name the files.  The same goes for line 4, but this is for the database.

Lines 6 and 7 are asking for the MySQL database username and password.  Line 8 you can leave alone, it just defines the format of the date.

Line 10 is the script that actually dumps the database.  Here you will want to make sure that the file location above exists and is where you want everything to end up.

Lines 12 and 13 are backing up and compressing the site data.  You will also want to make sure the website location and backup location are correct.

Lastly Lines 15 and 16 keep the files no more than 5 days old.  You can certainly alter that number to keep more or less depending on your needs.

This script can handle multiple databases and websites.  You just need to make sure that you create multiple variables for each site, database, user and password.  Then you will need to duplicate the code below those variables and replace them so each site has its own set of instructions.

Now you need to test this script.  Save it as backup.sh and make sure to make it executable.

Run this script in SSH and test to see if everything was created properly.  If you have any errors along the way feel free to post a comment below.  I will try to answer as soon as I can.

If this script ran and you now see your site files where they are supposed to be, everything worked!  A big tip: you should attempt to restore that file eventually.  You never want to assume everything is fine.  I try to pull down a backup at least once a month and test to make sure its not corrupt.

Now, we want to setup a cron job.  I would recommend just putting this newly created file in your daily cron directory (etc/cron.daily/).  I have seen where they sometimes don’t like the .sh extension.  Just remove that and make sure its executable.  Let this run for a few days, and keep up with it.  Maybe even try to restore a database and a few files.  Once you are sure it is working as you want you will be ready for the next step.

As for me, I need to get some rest, so I am going to write that bit in Sunday’s blog post.